We’ve always got something going on at ADFA. Take a look at our latest news here or connect with us on social.

My name is Anthony Deer. I have been associated with football since the age of 6 to the present day. My senior playing career had to be cut short at the age of 27 when I had a serious knee injury. However my interest in football continued as an opportunity arose to coach football at Herne Bay FC. I have worked through my coaching qualifications, which are listed below, and always look to better myself by doing more! I decided to start my own Football Academy Development Centre to share my knowledge with boys and girls of all ages, other coaches and managers alike.

I am currently the Goalkeeping Coach for Herne Bay FC and work with all the goalkeepers from U16s to the Senior First team.
I am also the Manager of Herne Bay Ladies who ply their trade in the L&SERWFL.

My coaching philosophy is for every child to have a football at every session, giving them opportunities to discover new ways of learning how to play the game of football.
Guidance from myself with questions and answers will stimulate their minds and repetitive sessions of techniques will ensure good habits in the future.

A lot of coaches don’t give children enough credit for what they can actually learn. Given the right information and knowledge, children will become very confident and able players.
Developing children the right way without the ‘win at all cost’ attitude will encourage good habits and provide confidence in themselves and when playing as a team. 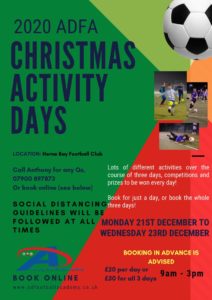